When Yeovil streets were lit by Oil and Gas

Until Yeovil’s administrators provided public lighting, people either relied on moon or starlight, or groped their way through the town after dark by means of a lantern, though it is possible the well-to-do employed servants to light the way for them. Exactly when oil lamps first appeared to give their feeble illumination is not known, but when ‘Commissioners for improving the Town of Yeovil’ came into being in 1830, they at once appointed a committee ‘to estimate the expense of lighting and watching the town’, and were requested ‘particularly to point out the parts of the Town which it will be desirable and necessary to light, and the number of Lamps required.’

The Committee, Messrs Etheredge, Hannam, Wellington, Mayo, and Masters, presented their report on 24 August 1830, stating that in their opinion ‘all parts of the Town be more or less lighted, those Streets, and other places which are most populous, and the greatest thoroughfares, being supplied with the largest number of Lamps, and others being lighted more sparingly, the number of Lamps now standing in the Town is 85, the situations of which cannot be much improved, and the Committee calculated it will require 75 new Lamps to complete the lighting . . . the expense of putting up these new Lamps, including Posts and Reflectors, and Zinc Caps for the whole, both old and new, will be about £122. The Committee recommend, with a view of obtaining more accurate information as to the expense, the Lamps lighted, in the first year, under the direction of the Commissioners, and not by Contract – and they estimate the expense of lighting the whole, including Oil, Turpentine, Cotton, Ladders, repairs and Lamplighters wages, at £160 a year – they further recommend as a general rule, that the lighting in every year should commence in the Month of September and be discontinued in the month of April – but the particular nights of the year when the Lamps should be lighted, and the Hours of lighting in each night, must be regulated by the state of the Moon, and may either be left to the judgement of the superintendent, or may be regulated by the Almanack, at the commencement of every year’

On 2 November 1830, ‘Mr Hill’s bill’ of £42.2s.8d for new lamps was passed for payment, and £14.6s.0d was ordered to be paid Mr Hannam ‘for the old Lamps erected in the town’, which were then to become the property of the Commissioners, From this it seems that the existing lamps had remained the property of the contractor, he charging for their lighting, maintenance, and certainly a percentage for depreciation. The Commissioners’ statement of accounts for the period 1 November 1831 to 1 November 1832, shows payment of £123.17s.2d for ‘Lamps, lighting, Oil, and incidental Lamp expenses’.

In April 1833 the Commissioners ‘declined to undertake the lighting of the Town with Gas’, but were prepared to negotiate with a Company of Shareholders who were willing to carry out the work. In December the same year, a committee was empowered to enter into a contract for lighting the town with the Yeovil Gas & Coke Company, and in the following March a draft contact was signed, and it was ordered ‘that 100 of the Oil Lamps and Lamp Irons and all the Oak Posts be sold’

Both oil and gas lamps continued to be paid for by the Commissioners until 1846, after which only gas was used to light the streets. In 1836 an additional lamp was ordered to be placed ‘in the new Street called Peter Street’. A proposal put forward at the meeting of the, Commissioners on 10 March 1837, was that the Gas Company be asked to extend the time of lighting the Town Lamps for two additional months each year (from 1 September to 1 May instead of from October to April) and that they be extinguished at 12 o’clock at night. It was proposed also that the Gas Company be paid £2.2s.8d for each lamp – an increase of 10s 8d over the existing rate. But these proposals were defeated. However, in 1859 a new contract was entered into with the Gas Company under which the Company was to light 93 lamps during the eight months from September to April, and 12 lamps ‘in such situations as may be appointed’ were to be kept lit until 4 am when they were to be extinguished by, and at the expense of, the Gas Company. The following year it was decided to keep these twelve lamps lit until 6 am.

A resolution passed in 1844, offered the Gas Company 45s per lamp ‘for the ensuing season’, but requested that ‘four feet burners’ be kept ‘turned on at full’ instead of the existing ones ‘which consume five feet per hour’. The Gas Company, however, declined the offer and the Commissioners’ minutes for 22 October of that year reads: ‘The Gas Company having made a proposition to light the town from the 1st day of November to -the 1st of April next at £205, the Commissioners, in no respect acquiescing in the justice of the calculations and demands of the Company, but from a conviction that the Inhabitants are suffering the greatest inconvenience from being left in darkness, felt compelled to accede to the offer, and it was Resolved unanimously that it be accepted accordingly.’ The Gas Company had the Town Commissioners over a barrel! But they tried to mitigate the extra charges by resolving that after that agreement expired they would restrict the lighting to six months of the year only. However, when the matter came up again in September 1845, that Resolution was rescinded and the Gas Company given a ten-year contract, they agreeing to provide additional lamps, as recommended by the Gas Committee, and to charge £2.7s.6p per lamp for lighting during eight months each year. 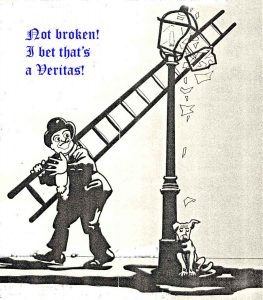 Gas mantles were made of woven material impregnated with chemicals which, when lit, burnt away leaving a hardened film of ash. Attached to an insulated pipeclay holder, it surrounded the flame and produced a brilliant incandescence.

The Gas and Coke Company continued to light the town after it became a corporate borough in 1854, adding new lights as new streets were constructed until, threatened by the advent of electric street lighting in the 1880s. To combat this challenge, the Company, to mark Queen Victoria’s Golden jubilee, presented the town with a single-standard three-bracket Sugg lamp at the junction of High Street with Hendford and Princes Street.

In 1897 the undertaking was acquired by the Corporation and so continued until the nationalization of the industry in 1949, although four years earlier they had already decided to light all the town’s streets by electricity ‘as a long-term policy’. In fact 1913 saw the first electric street lamps in Yeovil, supplied with current by the Petter generating station at that company’s Nautilus Works in Reckleford, though gas lighting continued in many of the town’s streets until well after the second world war.