Those who attended the visit to Weston Zoyland church last July may like to know the identity of the armorial bearings on the offertory dish exhibited by the Vicar, the Rev.Roger Fry. Accompanying is a drawing of the dish together with enlargements of the three coats of arms. In the centre of the dish is a large Tudor rose from which issue three sets of decorative leafage with flowers, and between them, pointing towards the centre, are the coats of arms. On the underside of the dish an incised inscription reads: ‘Given to Weston Zoyland Church by the Hon.Mrs Allen 1936’.

Although the Vicar was aware of the identity of the two ecclesiastical arms, on the centre and right of the design (Glastonbury and the See of Bath and Wells respectively), he did not know the family represented by the shield on the left.

The writer undertook the task of looking up the owner of those arms and, indeed, was able to send the details to Mr Fry the following day. Members, generally, may be interested in the result and, because also, some surprise was expressed at the time that it was possible to say what tinctures were represented by the engraved lines (since made clear at the first of our winter meetings when Heraldry was the subject), I have drawn the hatchings as they appear on the dish -their relevant colours will be apparent from the notes which follow. 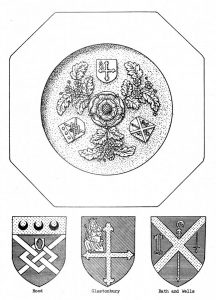 Plate 19 Offertory Plate from Weston Zoyland and the Arms shown on it Drawing:Leslie Brooke

The left-hand shield shows a white (or silver) fret superimposed with a smaller shield bearing the so-called red hand of Ulster, which is the badge of an English baronet, the background colour being blue. On the division of the upper portion of the shield, known as a chief’, there are three black crescents on a gold background. In heraldic terms this shield is: Azure, a fret, argent, surmounted by a badge of baronetcy, and on a chief, or,three crescents, sable.

These were the arms borne by the Hood family, and in this particular instance, by Admiral Arthur William Acland Hood (1824-1901), who raised to the peerage in 1892, when he became Lord Hood of Avalon, GCB. He died without a male heir and his barony then became extinct. Of his two daughters, the younger, Fanny Sophia, married Henry Allen of Broadway Lodge, Glastonbury, in 1895. If it were her arms which were intended to be shown, they should have appeared on a lozenge shape, so perhaps the shield commemorates her father, the admiral. The reason for the 1936 gift of the dish is not apparent, though one assumes it must have been recorded in vestry minutes (now in the SRO?) and further investigation there would be necessary to establish the circumstances.

The centre shield is a gold cross, with terminals shaped like fleurs-de-lis on a green background, and in the top left-hand corner (as viewed) is a representation of the Virgin and Child, (Vert, a cross fleury, or, in dexter chief a Virgin and Child, proper.) These are the arms of the Abbey of Glastonbury, with which establishment Weston Zoyland was associated – Richard Bere, who was Abbot of Glastonbury 1493-1524, has left his initials both on a buttress on the south of the church and on one of the nave bench-ends.

The right-hand shield is a ‘St. Andrew’s Cross’ over a crozier, both in gold, and on the left side are two silver keys linked together and facing away from each other (for St. Peter) and on the right an upright sword (for St. Paul) also in silver, the background is blue. Azure, a saltire surmounting a pastoral staff in pale, or, between two keys addorsed, the bows interlaced, on the dexter, and a sword erect; argent, on the sinister.) This is a rendition of the arms of the Diocese of Bath and Wells as formerly used, being a combination of the cross of Saint Andrew representing the patron saint of the cathedral church of Wells, and the arms ascribed to Bath Priory, though slightly varied.

It seems possible that the Hon. Mrs Allen wished to perpetuate the long association of Weston Zoyland with Glastonbury, which continued after the dissolution of the abbey, for Weston Zoyland continued to be in the Glastonbury Jurisdiction of the Archdeaconry of Wells. Though exactly what her own, or her family ties were with this parish is not apparent at the moment.