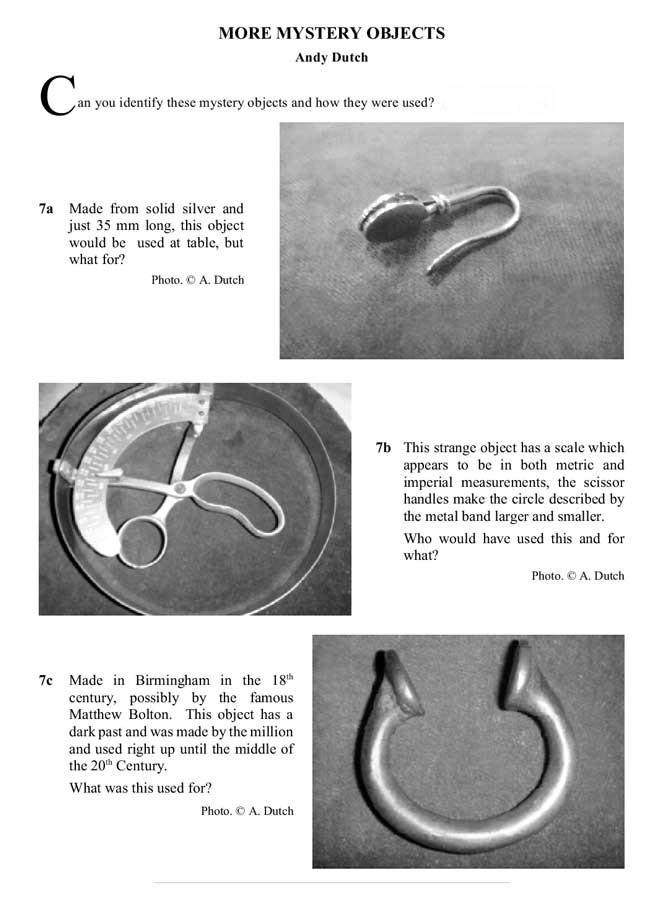 Object 7a. This object is a napkin or serviette hook. The napkin is held in the circular jaws and the hook is then clipped over the shirt collar normally used to protect formal attire at black tie-type dinners.

Object 7b. This gauge would be placed inside the brim of a hat then the scissor handle squeezed until it fits snugly and the size of the hat could be read from the scale. This would have been used by a hatter or milliner.

Object 7c. This object is known as a Manilla or slave money. They were originally used to exchange goods by slavers on the west coast of Africa. Since the abolition of slavery they were used simply as currency. By the early part of the 20th Century they were used mainly for trading in palm oil. They ceased to be legal tender 1st April 1949, however each person was allowed to keep up to two hundred for ceremonial use and bridal dowries.