This article came from the Chronicle published October 1987. Page 12 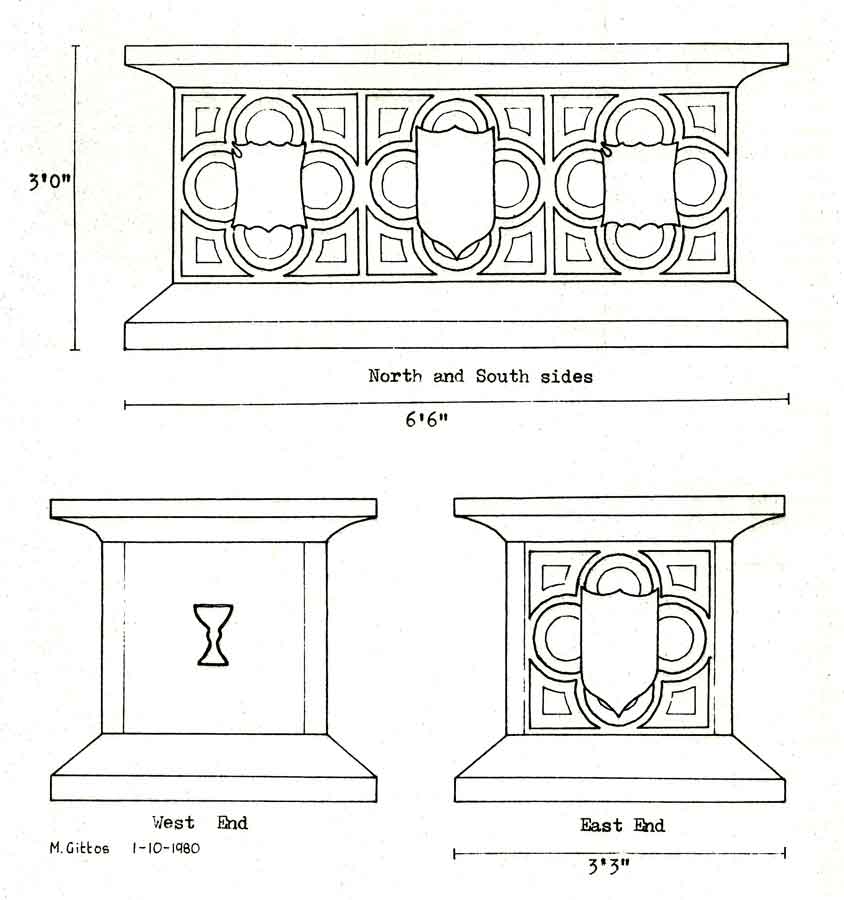 This Ham stone tomb chest stands in the churchyard of Brympton D’Evercy, south west of the church, close to the porch. The character of the moulding of the deeply carved quatrefoil panels may be compared with work, for example, at Forde Abbey, dating from the early years of the 16th century. The notched jousting shield developed at the beginning of the 15th century but is uncommon on monuments much before 1450. The west end bears an incised chalice to denote that its occupant was a priest. There is no inscription. The use of a symbol as the sole personalisation of a monument is an early fashion which fell from favour in the 14th century. Its appearance at Brympton is a late survival, as the tomb probably dates from c. 1500.