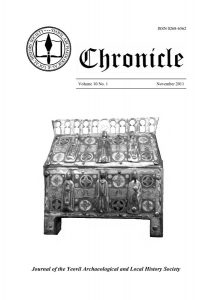 Front Cover Illustration: This Limoges enamel casket was sold at auction in Yeovil in October 2011 for £16,500. Experts have cast doubt on its authenticity but it does exhibit some features characteristic of a genuine thirteenth-century object. The buyer is believed to have come from Russia for the auction and so the casket is unlikely to be seen again in the UK in the near future. (B & M Gittos)

Memorabilia of the Keyse Family

Author: Roger Keyse with B Gittos

Routine pieces of paper like bills and receipts usually undergo a predictable life-cycle. When first produced, they have immediate importance, giving proof that a bill is no longer owing or when and where an article was purchased. With the passage of time, they lose their significance and the vast majority migrate or refuse heaps or go up in smoke. However, if they are not discarded, they become more interesting as time goes on, until they become a social history record and, in extremis and if they survive, like the Roman tablets from Vindolanda, they achieve the status of archaeological records of the first importance. Roger Keyse discovered some old bills and receipts impaled on a metal spike that had retained them for up to seventy-four years. he recognised that they were of considerable family interest and thought they might also strike a chord with older Yeovillians, and even trigger some debate. They are shown in Plates 8 – 11 and described, briefly, below in chronological order.

Each of the receipts below have different aspects of interest, including mention of the former Red Cross garage in Salthouse Lane (see Chronicle, 9.1, (December 2005) Pl.4a) and the exhortation by Yeovil Corporation Gas Department to ‘Help to Smash Hitler’. It is not intended to swamp Chronicle with members’ old bills and receipts but especially interesting examples of old family documents would always be welcome, particularly with some supporting commentary 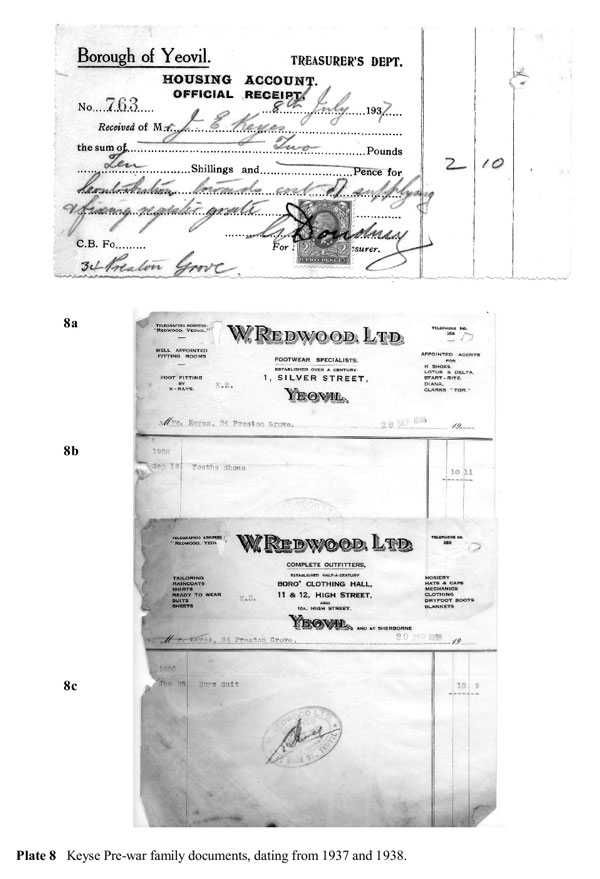 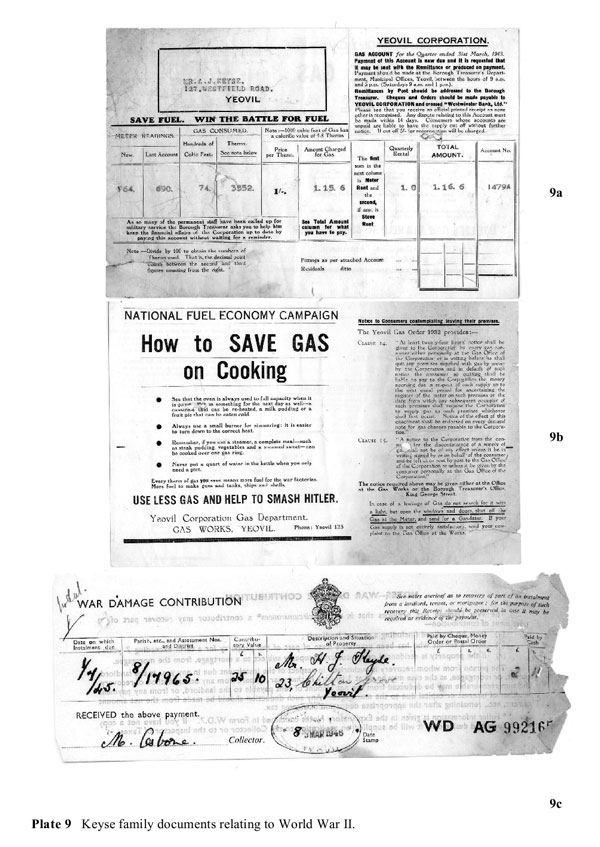 3 Yeovil Corporation gas bill for the quarter ended 31st March 1943; for £1..16..6 owed by Mr A.J. Keyse of 127 Westfield Rd. The effect of the war is very apparent, with a note requesting prompt payment to avoid the need for a reminder because ‘so many staff have been called up for military service’. On the reverse, there is advice on ‘how to save gas on cooking’ and the slogan ‘Use less gas and help smash Hitler’. (Plate 9a & b)
4 Receipt from the War Damage Contributions Collector, dated 8th March 1946 for £2..11s; received from Mr H.J. Keyse of 23 Chilton Grove. (Plate 9c) 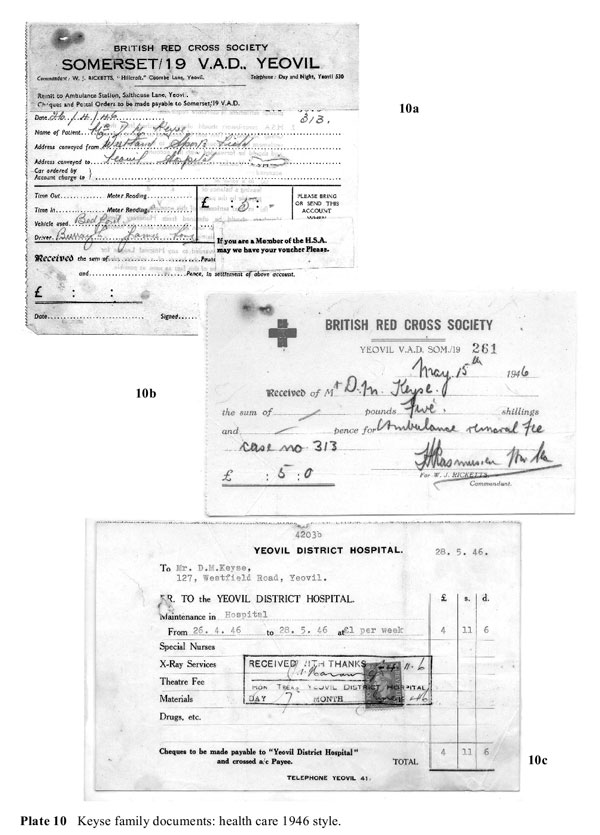 5 Three receipts relating to medical treatment for a sporting injury. The first, dated 24th April 1946, is for a Red Cross ambulance taking Mr D.M. Keyse from Westland’s Sports Field to Yeovil Hospital, at a cost of 5/0. The second covers another trip in a Red Cross ambulance on 15th May, again at a cost of 5/0. The third is from Yeovil District Hospital for maintenance while in hospital, from 26th April to 28th May, at a cost of £4..11..6. If only he could have waited a couple of years, the National Health Service would have paid for it! (Plate 10 a, b & c) 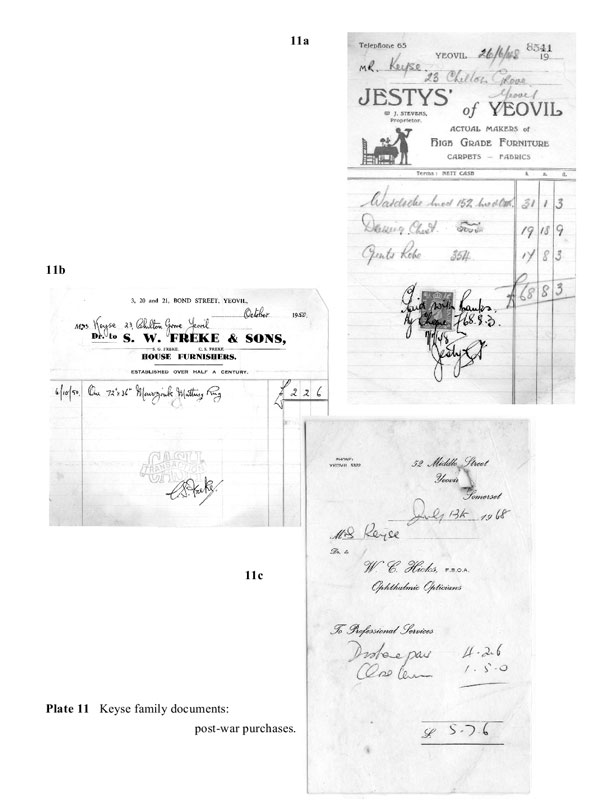